built in 1936 for the first professor of anthropology at UAF, Froehlich Rainey 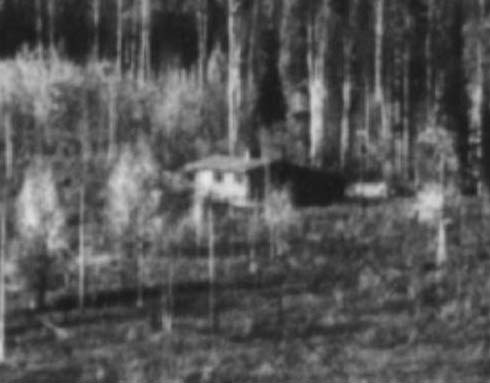 Fron an aerial photograph taken in the late 1930s, shortly after the cabin was built.

About Rainey Cabin - from the UAF Master Plan

Of special note, in 1936 a small log cabin was built for Dr. and Mrs. Froelich Rainey, first Professor of Anthropology. This cabin, later the home of Ivar Skarland, who painted it red, is known today as the Skarland Cabin [or Rainey Cabin] and is on the National Register of Historic Buildings.  http://www.uaf.edu/mastplan/1991/history1.html

Froelich Rainey went on to become, for a time, at least, the most famous archeologist in America. His nationally distributed television program "What in the World" ran for 14 years, beginning in 1951. More information about the program is available at the University of Pennsylvania Museum website: http://www.upenn.edu/museum/Games/whatintheworld.html. In his memoir, Reflections of a Digger, he described cabin life in Fairbanks in the 1930s.